Alex Prager was born in Los Angeles in 1979. She was raised by her grandmother in a small apartment in the suburb of Los Feliz and her curious and restless nature was evident early on. Her nomadic upbringing saw her splitting her time between Florida, California, and Switzerland without truly settling down long enough for a formal education.

Prager’s interest in art began in her adolescence, but it was in her early twenties that she began to focus on photography after being inspired by the work of William Eggleston. In keeping with her independent spirit, she eschewed art school and began taking photographs on her own, teaching herself equipment and lighting through trial and error.

Prager has since contributed to a number of publications including ID, Elle Japan, Flaunt, MOJO, and Complex. All the while, she continued to exhibit her work in various group shows throughout Los Angeles. After the release of her first book The Book Of Disquiet (2006) Prager was given her first solo show at Robert Berman Gallery in Santa Monica, CA entitled “Polyester”, which was covered by the Los Angeles Times. Along with her 2007 exhibition at Sara Tecchia Roma New York, Prager is slated to exhibit in both London and Miami Photo.

Are most of your shoots premeditated, shot on the fly, or a combination of both?
‘They all start out premeditated, but once I get on the set, all plans can go out the window. It really just depends on the moment. It’s pretty rare that I come back with the shot that I had in mind before I started, even though sometimes I’ll plan out a single picture for months, or sometimes I’ll think of it on the same day I shoot it’.

What is the most elaborate shoot you can recall and what did it entail?
‘I think one of my most elaborate shoots was one I did recently that involved about fifteen people. I usually only shoot around six people together at most, so when I tried fifteen on the shoot, it got a bit overwhelming in terms of how to pose them so that there was still a focus point in the crowd. I found myself focusing in on small groups within the larger set. Needles to say, the picture I ended up using from that day had only one girl in it!’

How many people are ideal to have on set?
‘My team is simple. Usually my assistant, makeup artist and whoever the models are. The hair is easy because they’re all wearing wigs and I never want them looking too glamorous anyway. The styling is something I do myself because it’s one of the most important parts of my pictures and I need it to look a specific way’.

Where can your work be seen?
‘I exhibit at the Michael Hoppen gallery in London, and at the Robert Berman gallery in Santa Monica, California. I’ll shoot editorial and advertising once and a while, but I’m a little picker about that stuff because I’m not a commercial photographer, so it can get a little tricky’.

What camera do you use?
‘I use a Contax 640. It’s actually been discontinued, so I may have to find a different camera I like’. 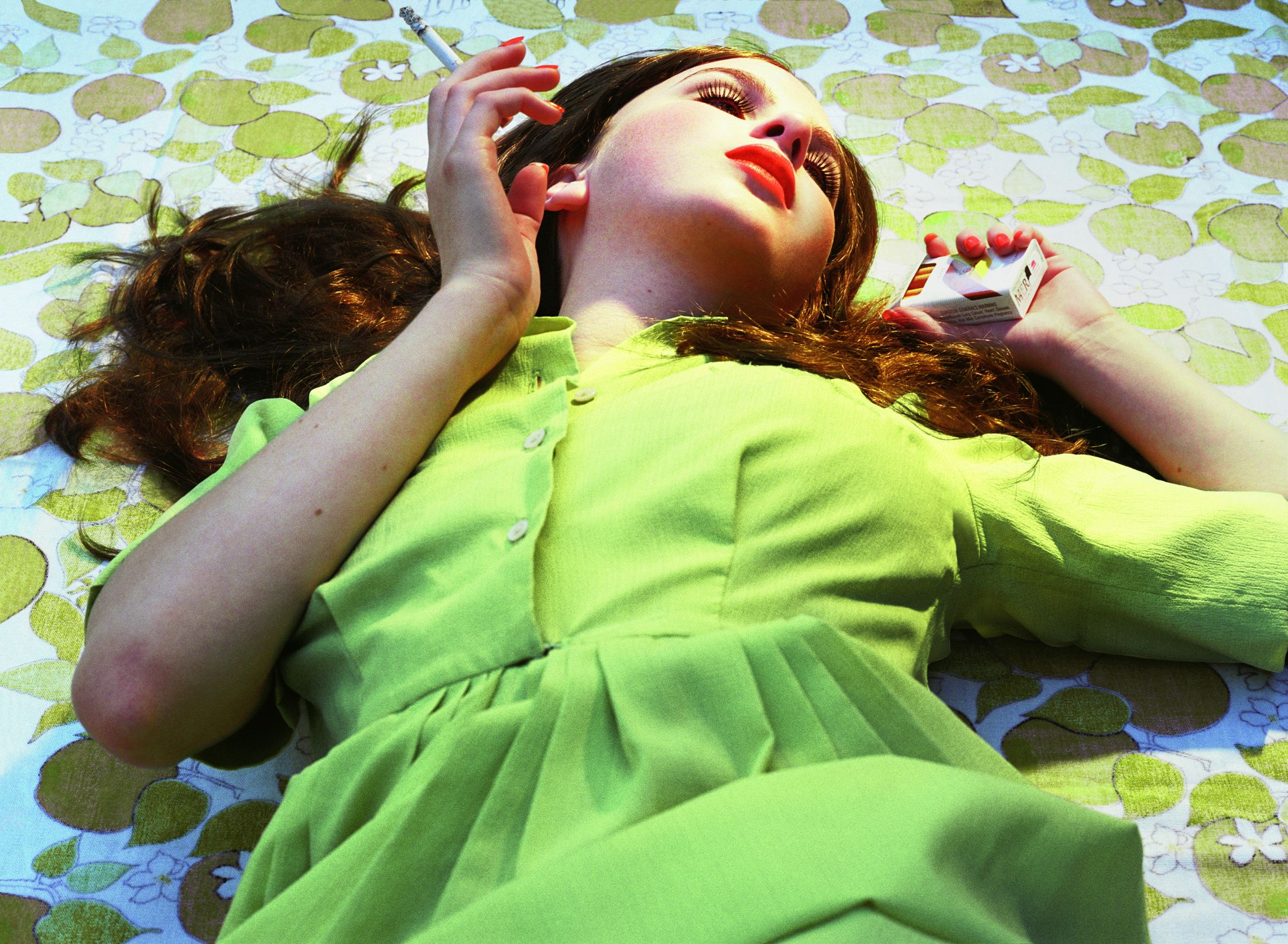 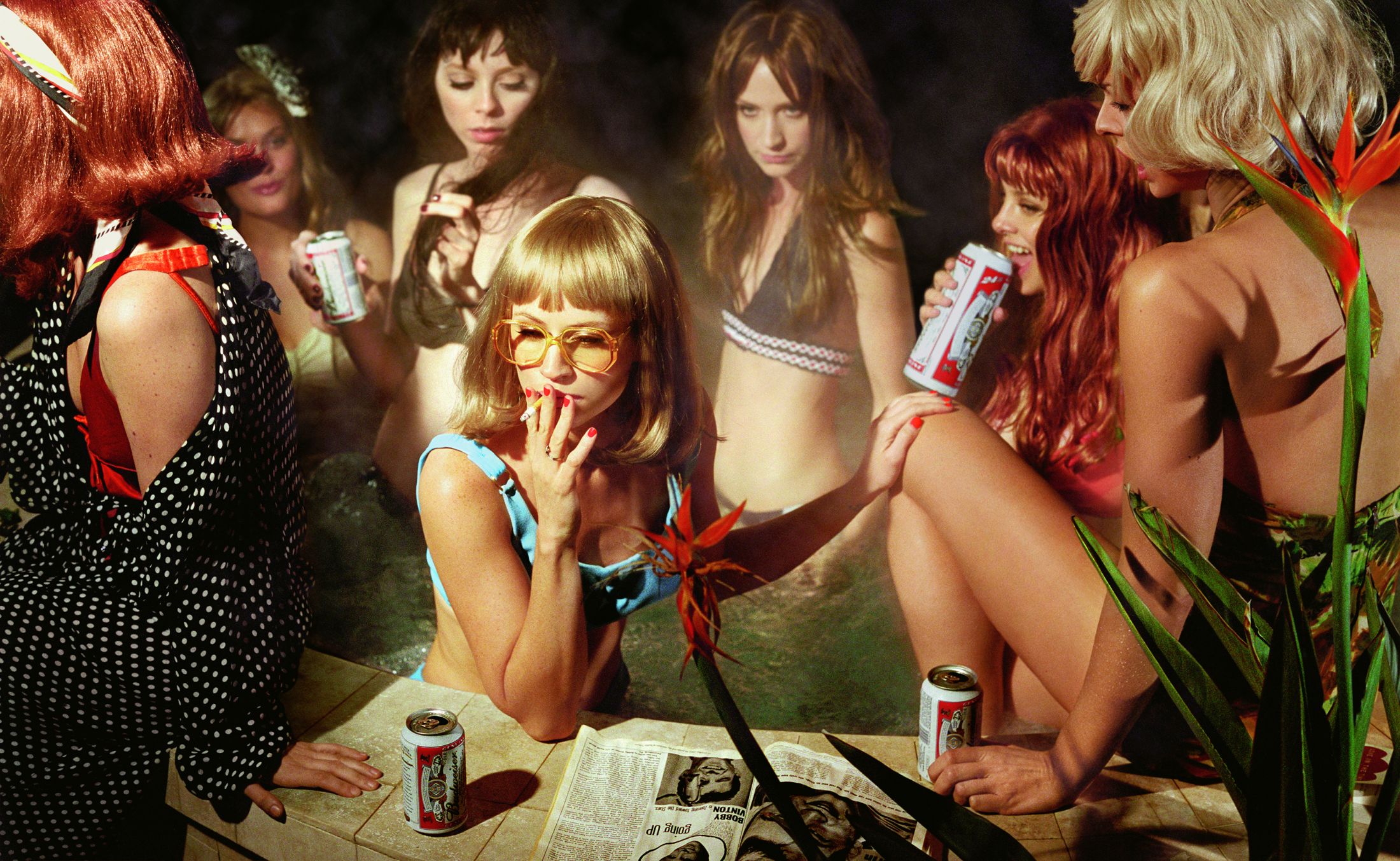 Pay her a visit here