Skip to content
Glenn Homann is an award winning iPhone photographer, based in Ipswich, Australia. He has had winning images in diverse categories in prominent mobile competitions, including The iPhone Photography Awards, The Mobile Photography Awards and the Mobile Category of the Australian Photography Awards. He was recently featured on Apple’s Instagram Feed, highlighting his minimal approach to urban street scenes. In fact, it is his refusal to be pinned down into any particular genre that has defined his portfolio of work. Glenn sees it as a natural result of having his camera in his pocket everywhere he goes, and an insatiable desire to improve and develop as a photographer. 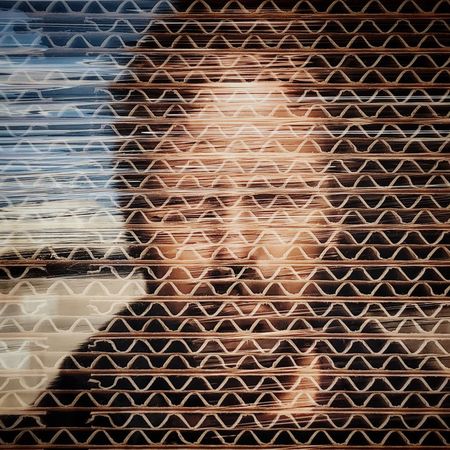 My name is Glenn Homann. I am an iPhone Photographer living in Ipswich, near Brisbane, Australia. My photographic journey is a fractured and winding one and is punctuated by a long hiatus. I have always had an affinity with the visual arts and design. When I left school, I started a course in Architecture at University. I was not able to see this course through and even had another very short stint studying Teaching. Again, not for me. It became clear that I had a very restless mind. It was at this time that I was drawn to photography. I loved the combination of creativity and the technical elements of the camera and lenses. The fact that my curiosity and restlessness could work in my favour meant that I was hooked. I also had a keen interest in astronomy and started to learn how to shoot through my telescope.

Suddenly, one day, my camera was stolen. This coincided with a time in my life where other issues took over from my creative endeavors. The hiatus had begun. Although I never stopped looking at and absorbing the visual arts around me, it would be close to a decade before I took pictures again.

A short course in Graphic Design was enough to rekindle my creative burn. Part of that course involved some photography, which had of course become digital by that point. The first iPhone came out soon after that. Things were starting to get very interesting. The app store was filling up with both editing and social applications. I had started my photographic resurgence with a simple point and shoot, but it was the iPhone 4 that pulled me in – hook, line and sinker. I have been shooting exclusively with the iPhone since then, having upgraded every 2 to 3 years. I am currently shooting with the X.

I am particularly fond of the 2x optical zoom of the iPhone X. I had, over time, grown a little frustrated with the single, and to my mind rather wide angle of the single lens of the previous iPhones. Now, having the 2 lenses is very liberating, although I find that I have been using the longer focal length for over 90% of my images! Occasionally for portraits, though mostly for my urban minimal images, when I want to keep the lines straight and minimise distortion. Another feature important to me is the larger OLED screen.

A large and vibrant screen is critical to my workflow as I do 100% of my image collection and editing on my phone. This was actually the reason I found the 4 so compelling. It was the first phone with a so called Retina Display. When I compare the screen of the 4 to that of the X, I am amazed at how far they’ve come (and that I was able to create anything on that tiny screen!). To me though, the convenience of having the camera with me at all times, far outweighed any of the shortcomings of my new device. I also realised that I enjoyed the challenge of dealing with and overcoming these obstacles.

In fact, after a few months with my new iPhone 4, I could see that there were many characteristics of this new type of photography that I could exploit to enhance my creative journey. I found that it wasn’t simply the fact that the camera was always by my side, but all my images were there too. I could look through them at any time. Analyse them. Decide what was working and what wasn’t. I took advantage of this and started to take many, many images of any particular subject. I started to apply the same philosophy to the app store. I went through a stage of downloading any app relating to photo editing, though many at that time only performed one or two functions. As time has gone on, my workflow has adjusted and evolved along with the camera features and apps, to the point where I mainly only use about 5 apps.

My recent success at the IPhone Photography Awards (IPPAWARDS), where I took out first place in the Abstract Category, involved an image that perfectly captures my mobile photography philosophy. It was taken in a grungy, factory setting during my normal work day. An image that was not planned in any way taken in an environment that I would never think to take a large DSLR. I was able to quickly take a few shots of some old cardboard scraps, and continue on. This is very similar to the way most of my images are taken. A potential picture is spotted and captured in a very short space of time. Most of my editing happens on the run too. I think my IPPAWARDS shot was edited during my short afternoon break.

When I first started out on the iPhone 4, I probably fell into the trap of over editing and using effects to embellish my images. I have developed to the point where the editing process is usually very fluid and spontaneous, mirroring the capture. I get the most satisfaction from an image when the editing is kept to a minimum, or when the resulting picture corresponds to what I saw in my minds eye as it was taken. In this case, editing was done in my most commonly used app, Snapseed. I knew as I took the picture that it was going to be converted to monochrome to accentuate the abstraction of the patterns and lines.

Looking through the list of winning entries at the IPPAWARDS, it seems clear to me what is different and unique about Mobile Photography and why I think it is still a good idea to separate it from DSLR photography, despite the progress being made to the cameras in our phones. There is an undeniable spontaneity to the shots, which imbues them with a certain unique character. Combining this with the fact that the images can be a little less than technically perfect, when scrutinized closely, some users of higher end cameras reject this photography form entirely. I believe that it is the limitations of the device that attract us to it in the first place.