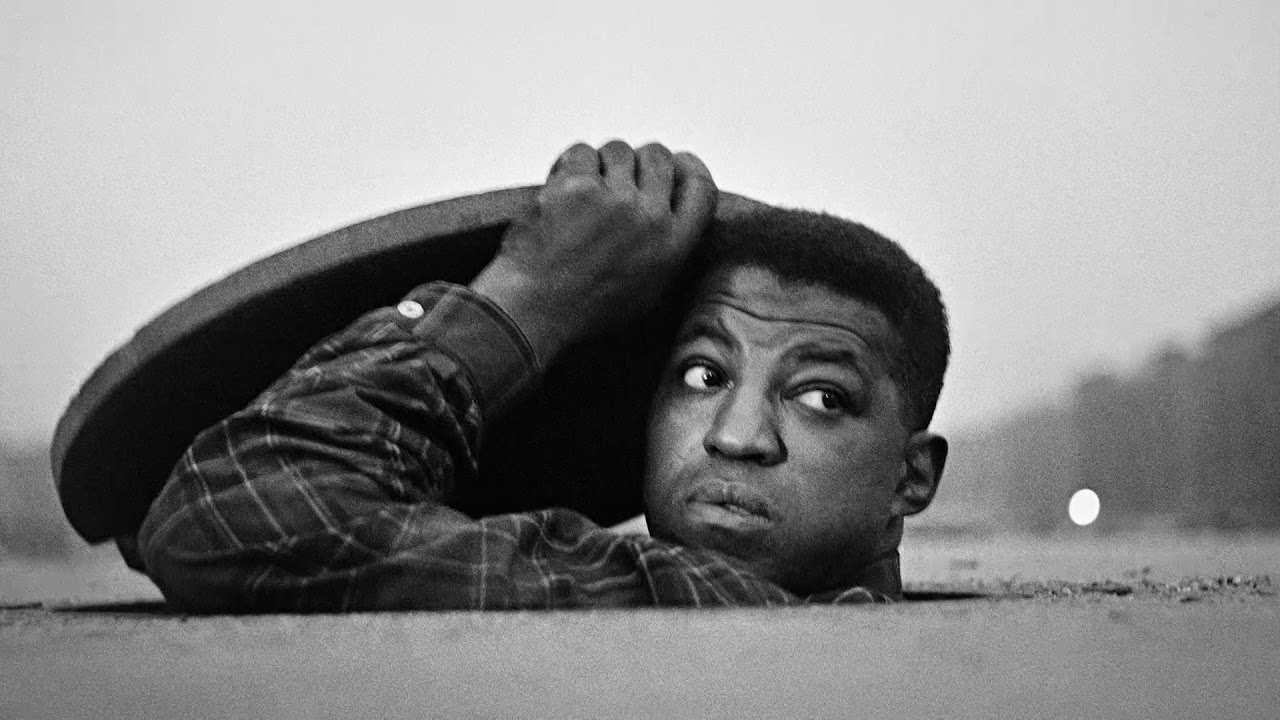 The photographs below show life on the streets of Harlem in 1943 – captured by a man who broke the barrier of color to become the first African American photojournalist for LIFE magazine.

Gordon Parks was one of the most iconic photographers of the 20th century – and was known for his remarkable body work that explored the social and economic impact of racism in America.

Born in segregation and poverty in Fort Scott, Kansas, in 1912, Parks was a self-taught photographer who landed a job with the Farm Security Administration’s documentary photography program which captured life during the Depression in the United States.

When the FSA disbanded in 1943, Parks became a freelance photographer – and balanced making a living taking pictures for fashion magazine with his passion for documenting urban life.,

A few years after taking these pictures for the Office of War Information, Parks moved into Harlem and his 1948 photo essay about Harlem gang leader Red Jackson landed him a staff job with LIFE magazine.

His work for the acclaimed magazine over two decades covered everything from race and poverty to celebrity and politics.

Park’s photographs include iconic images such as American Gothic (1942) and striking portraits of Muhammad Ali and Malcolm X.

They also rallied support for the Civil Rights Movement – which he documented as well as fervently advocated.

But as well as being one of the most celebrated photographers of his generation, Parks was also a composer, author and filmmaker. 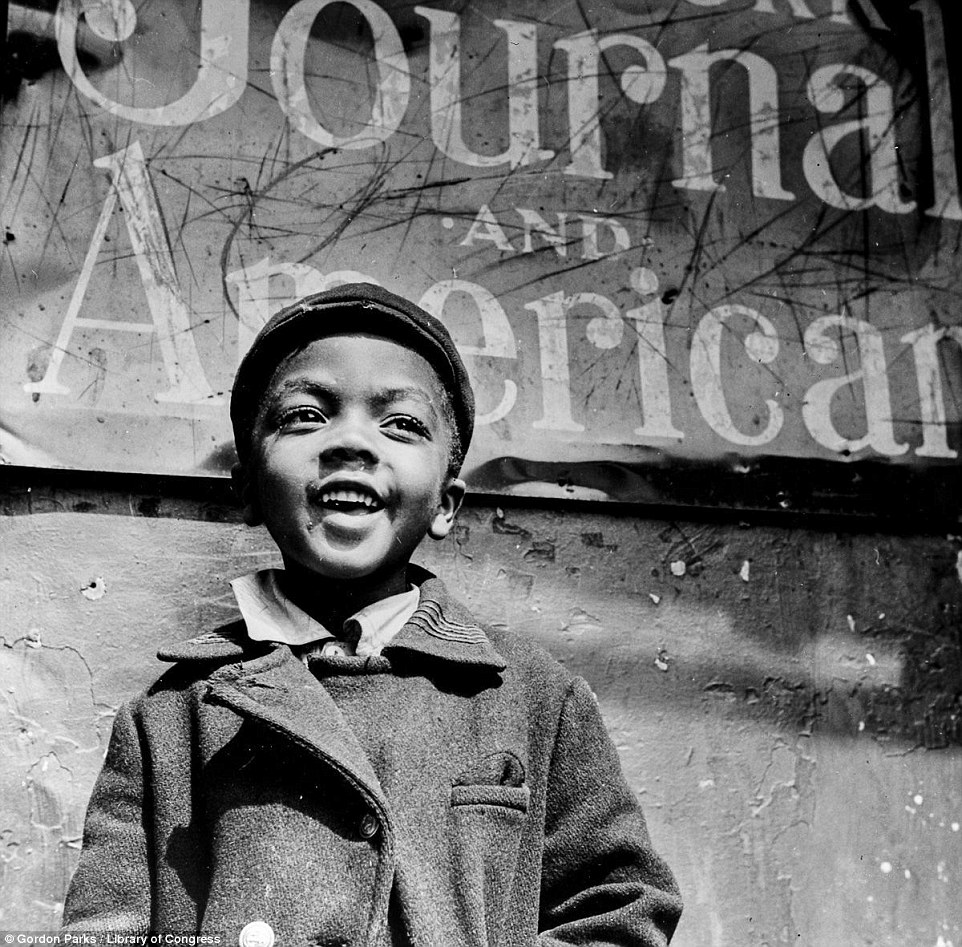 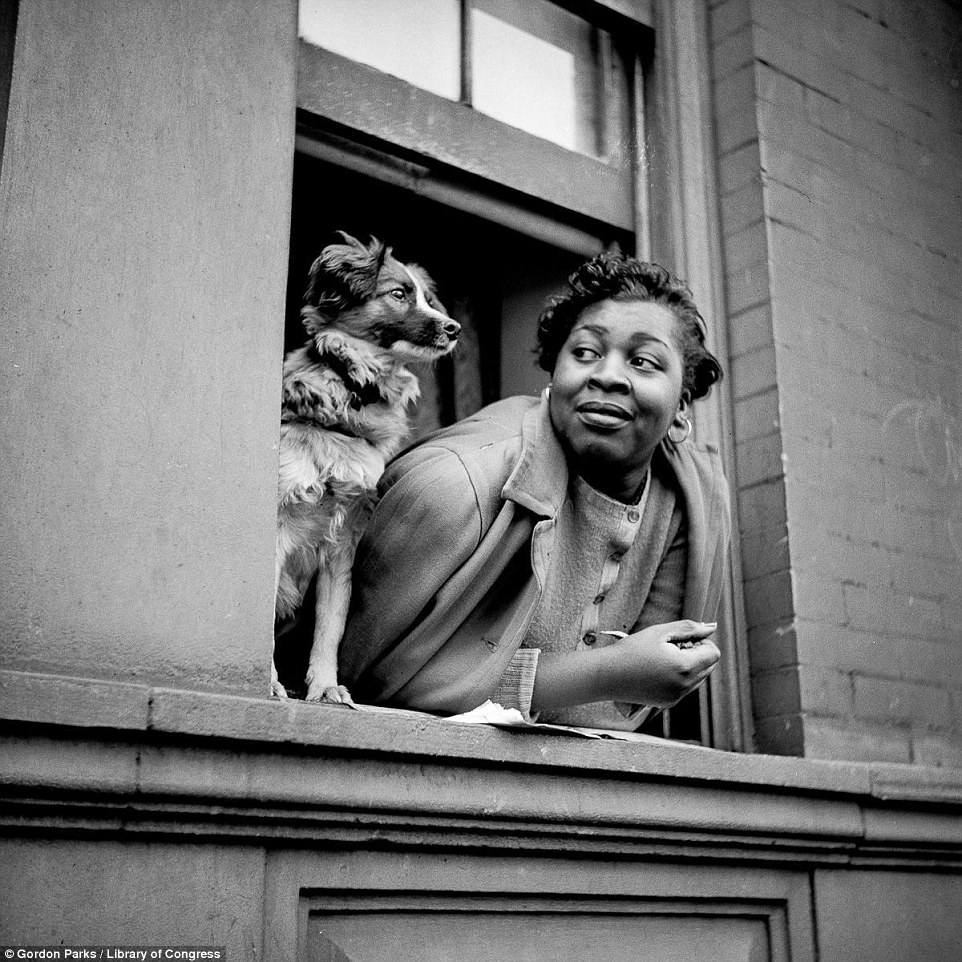 Gordon Parks was a self-taught photographer who landed a job with the Farm Security Administration’s documentary photography program. Above, a woman is seen leaning out of her window along with her dog in Harlem, New York, in 1943 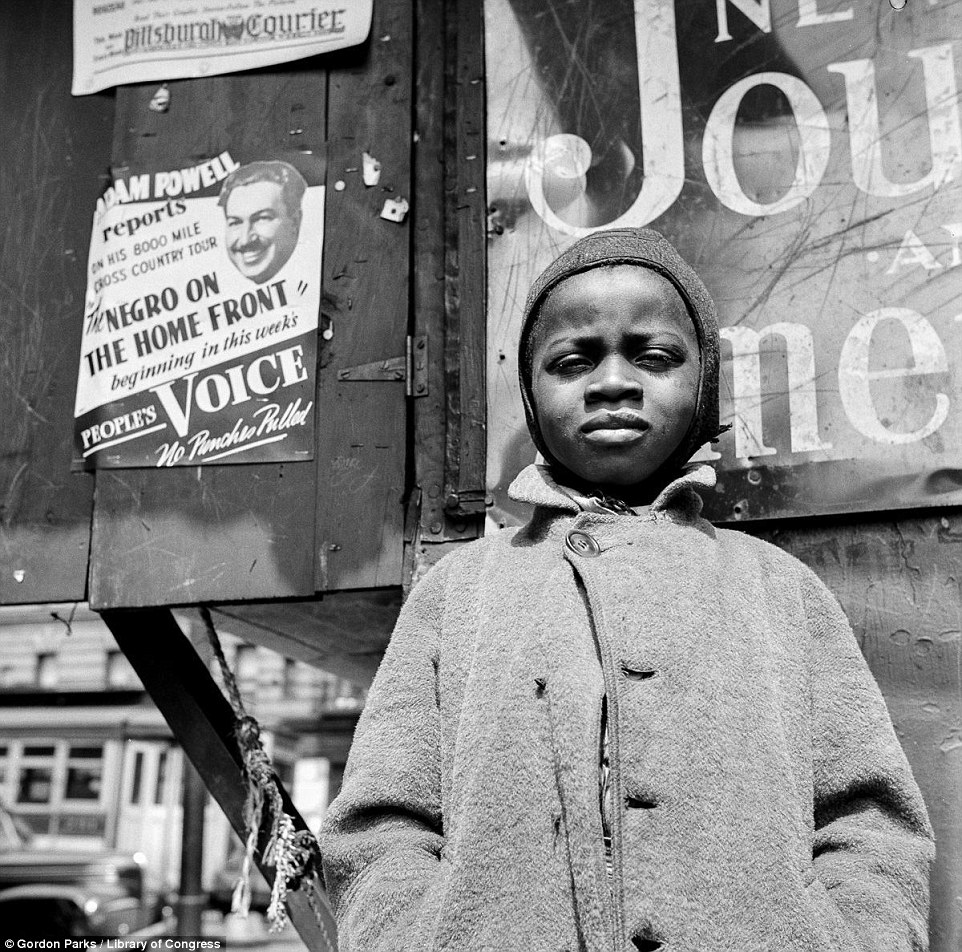 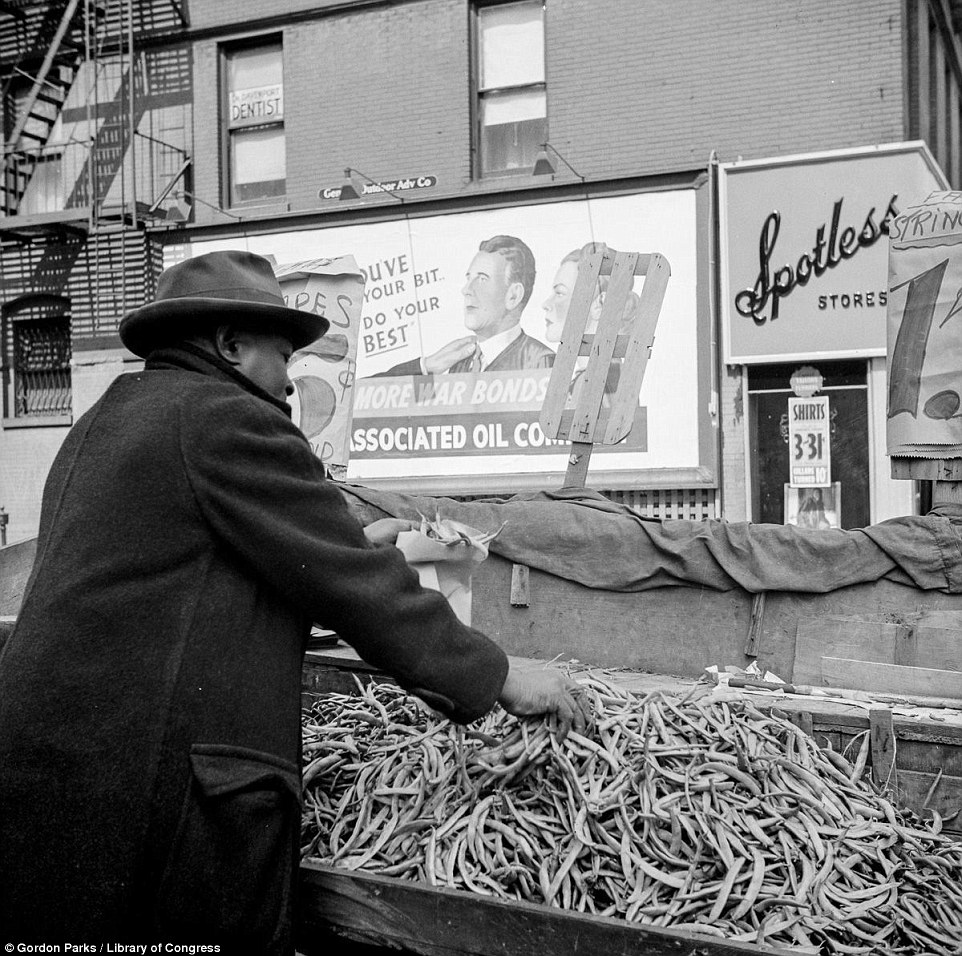 A street peddler weights out string beans at his stall on the streets of Harlem, New York, in 1943 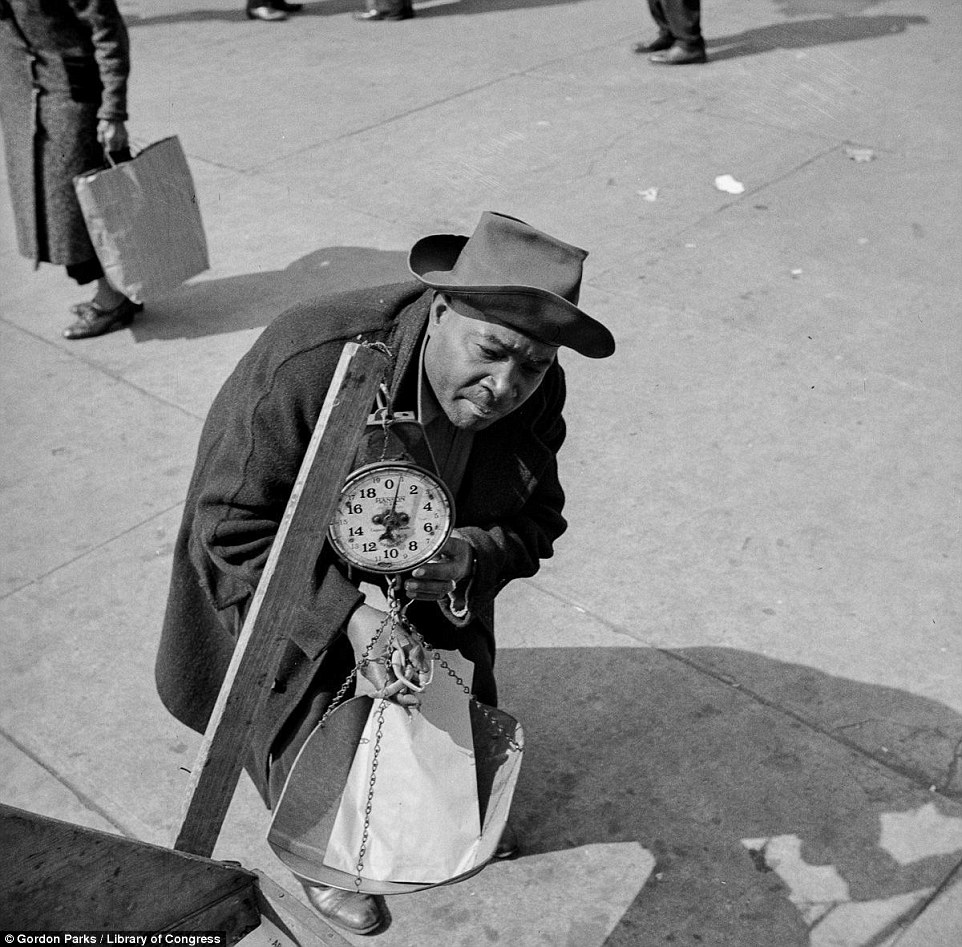 In another picture, Parks captured the street peddler weighing the bag of string beans at his street stall 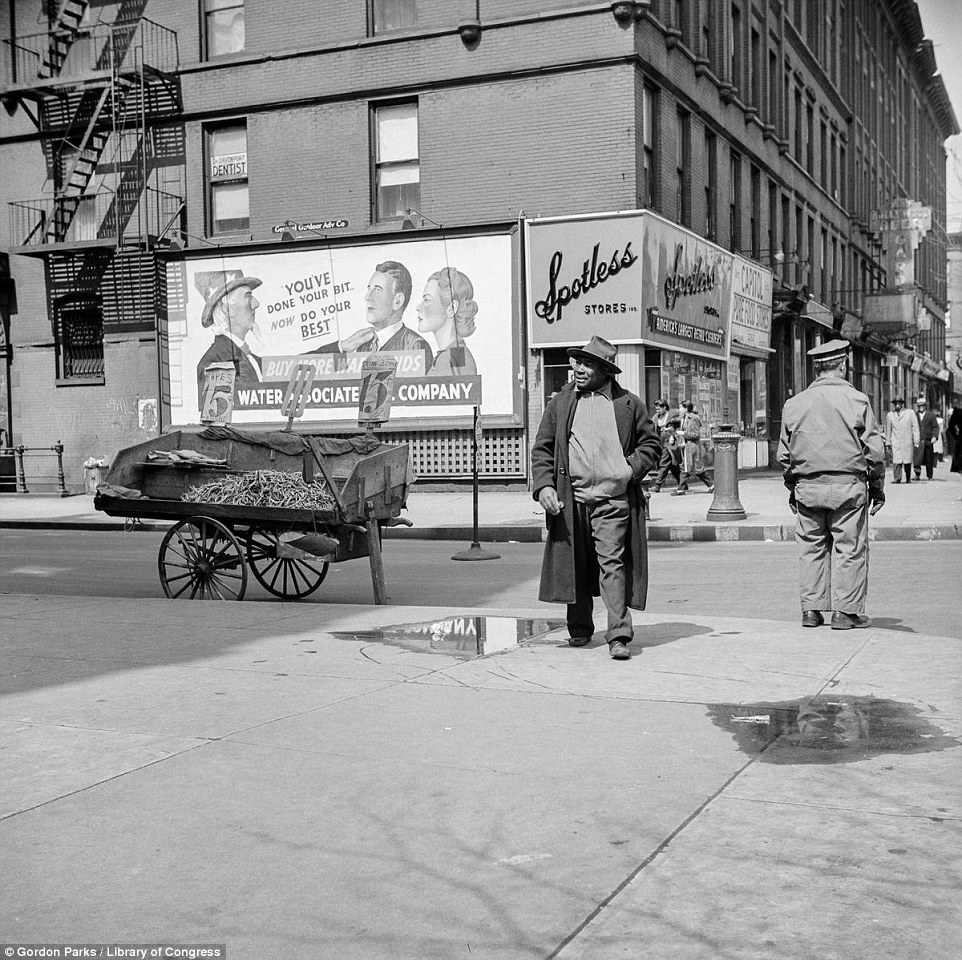 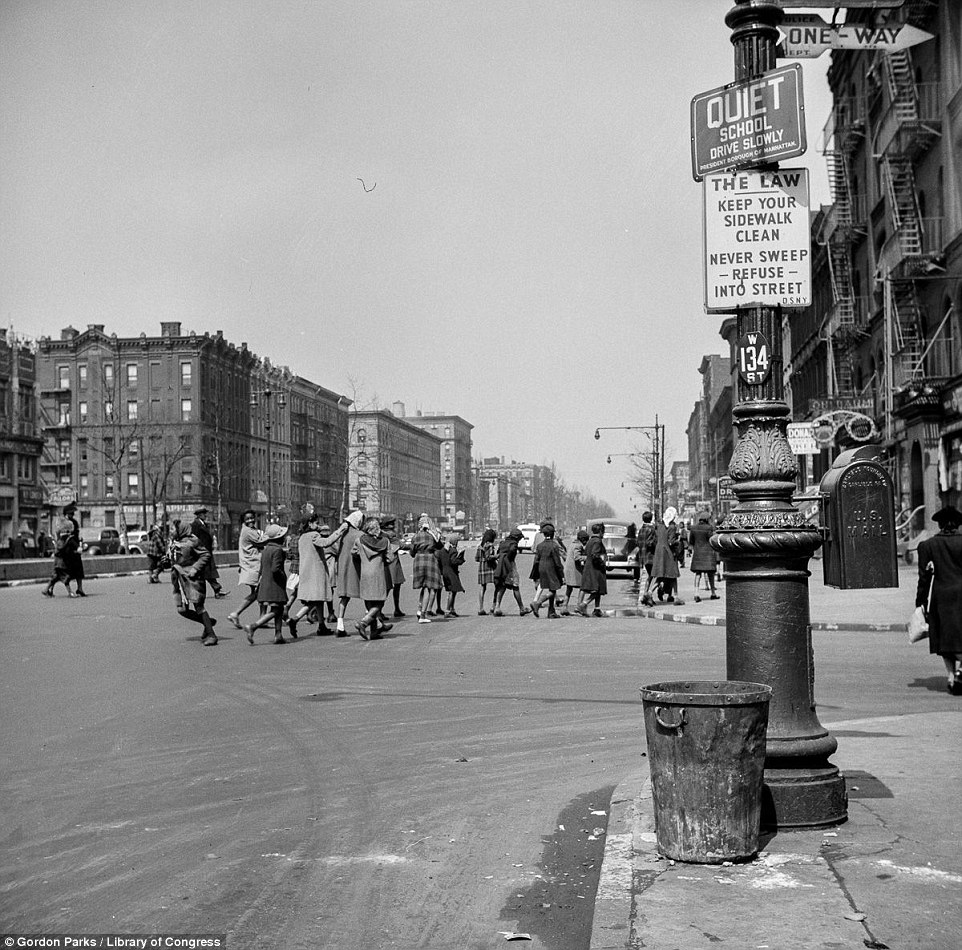 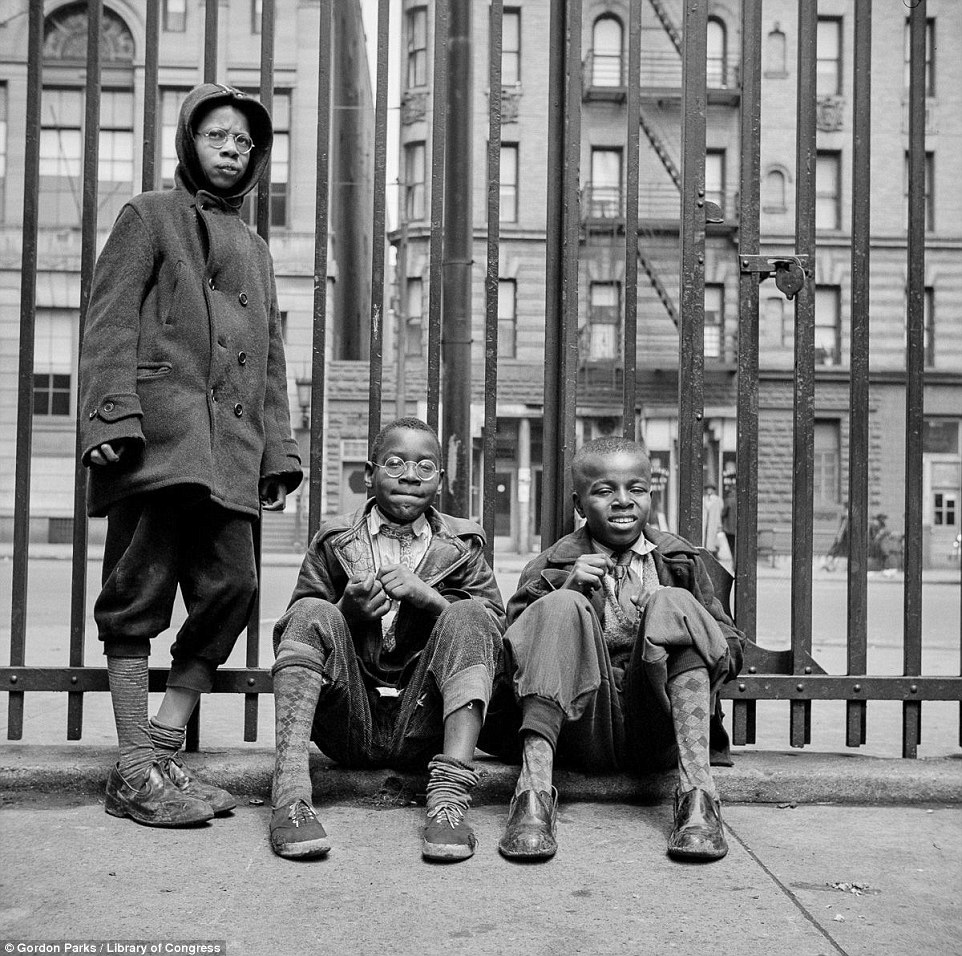 Three young boys pose for a picture for Gordon Parks, who captured the grittiness of life in America for the FSA in the 1940s 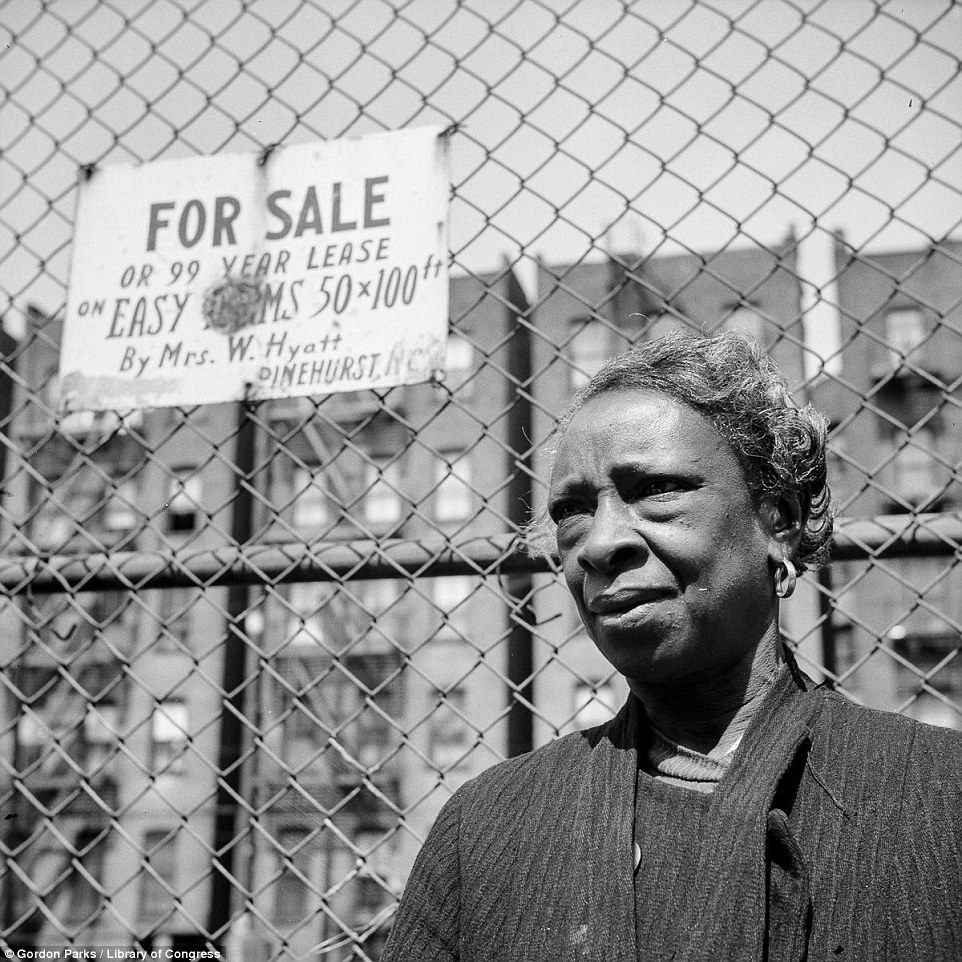 A Harlem resident is seen standing outside a sign that advertises a property that is for sale by Mrs W Hyatt, of Pinehurst, North Carolina 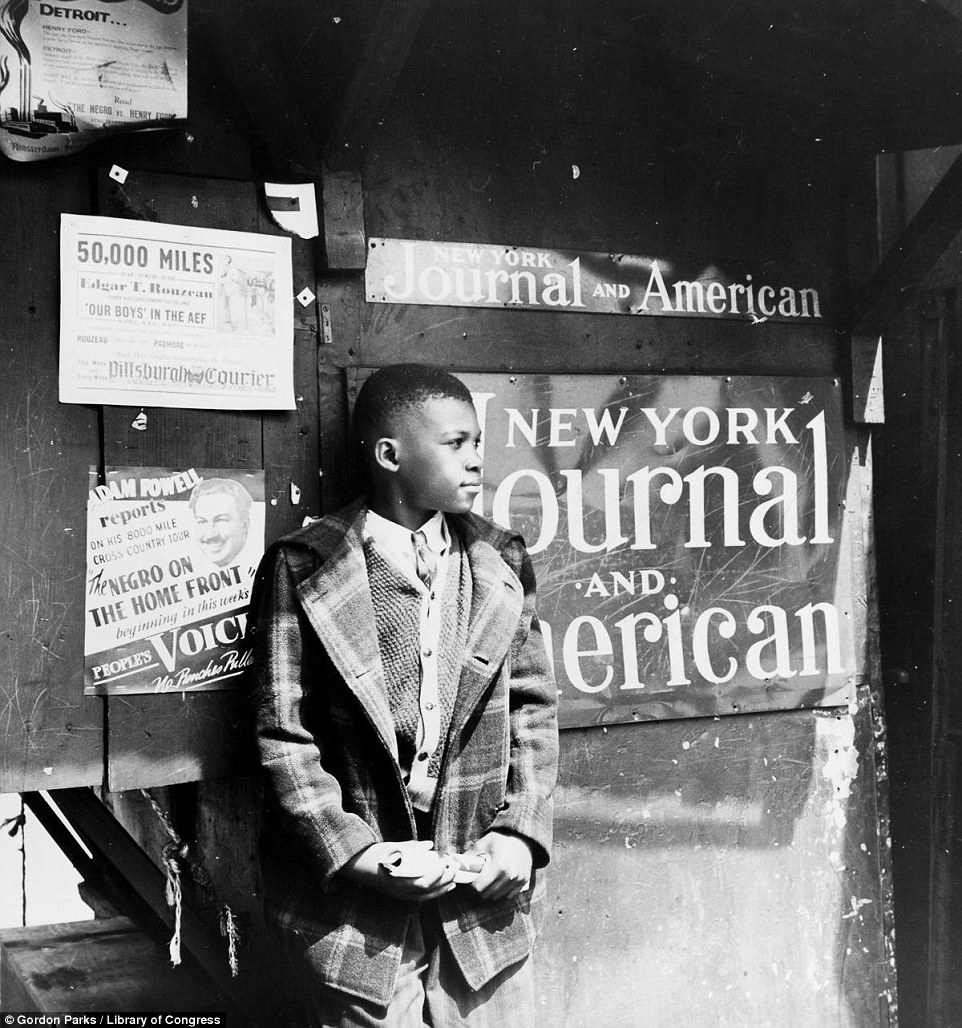 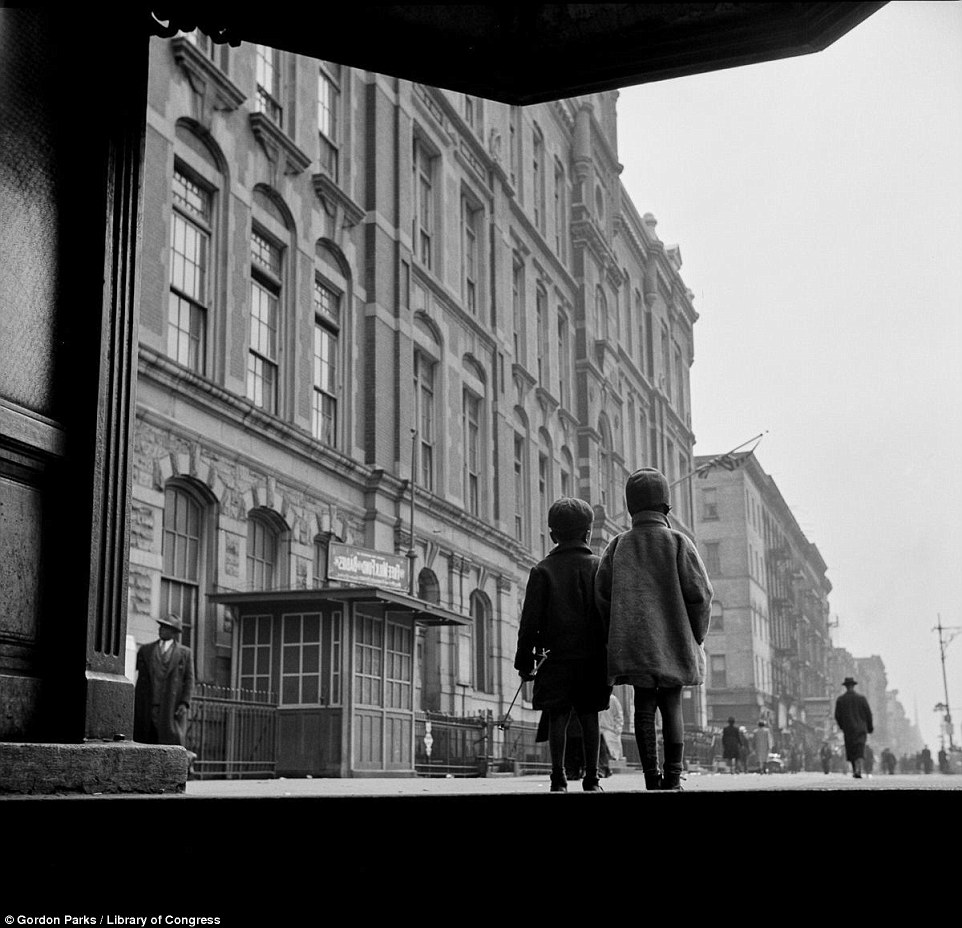 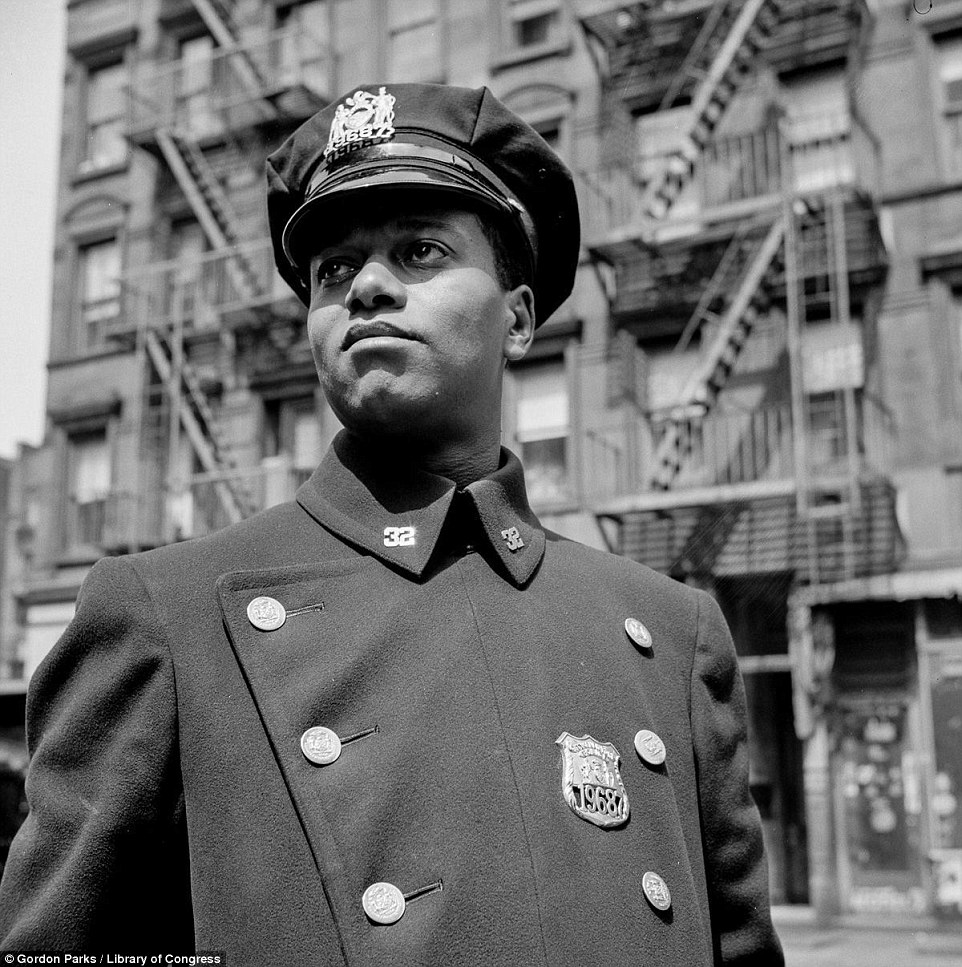 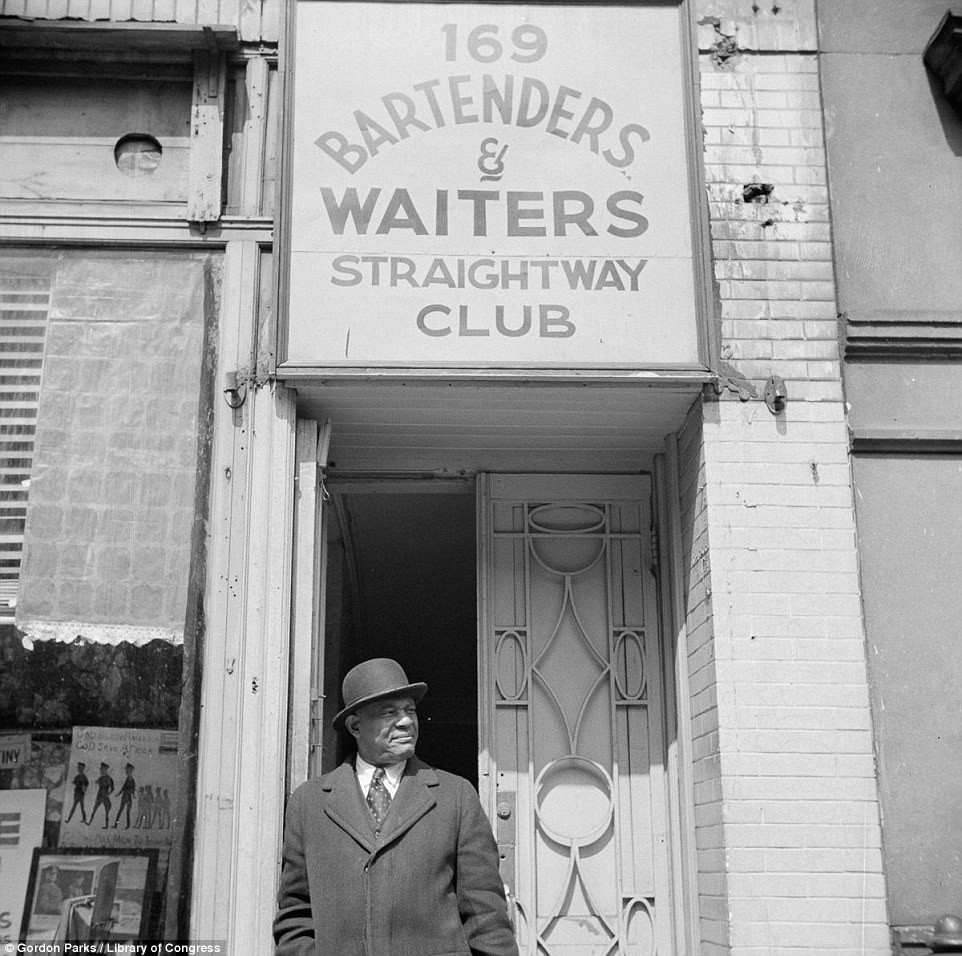 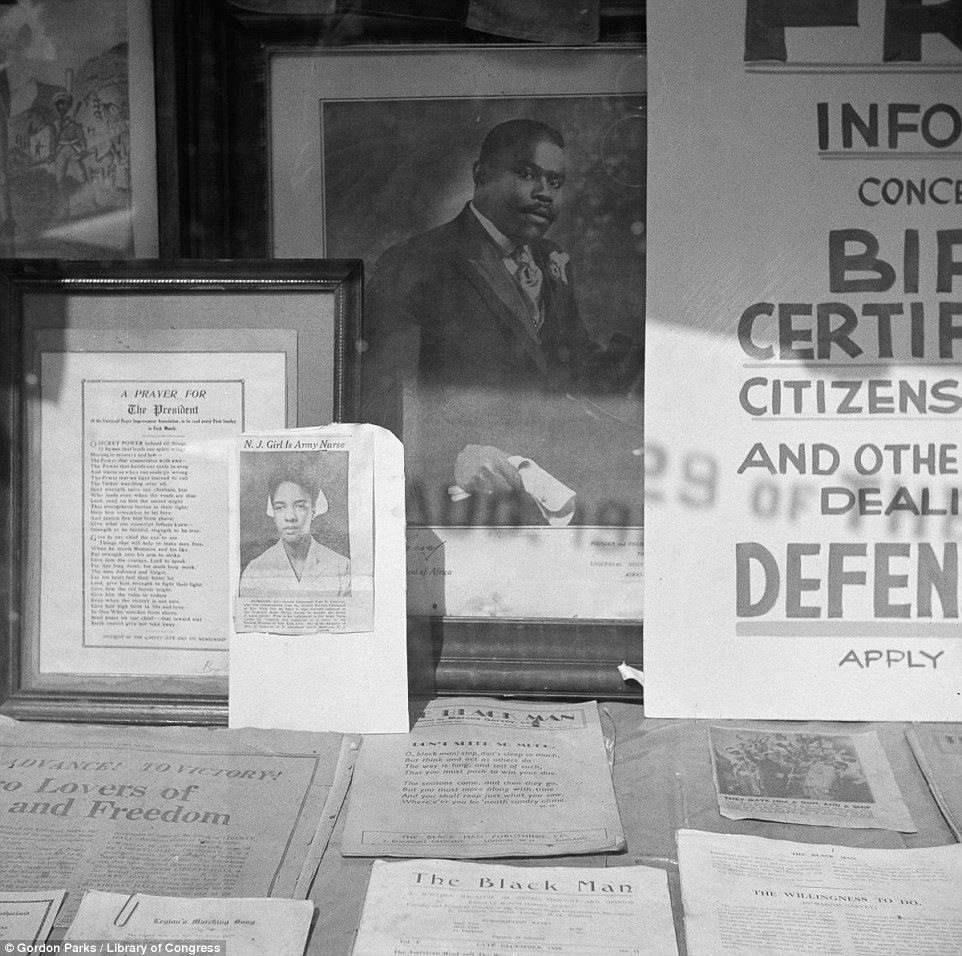 A photograph of Jamaican political leader Marcus Garvey, signs and articles are seen in the window of a club in Harlem 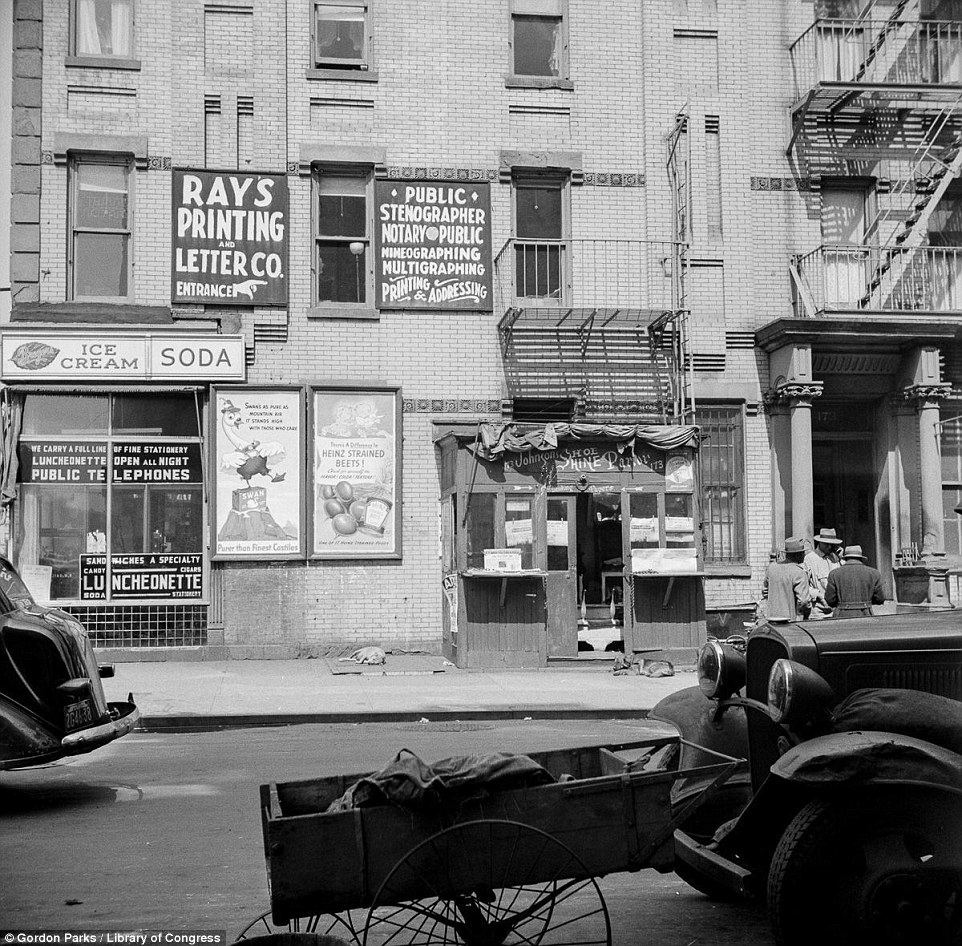 Signs are seen for various businesses, including a ice cream store and a shoe shine shop, on a street in the New York neighborhood 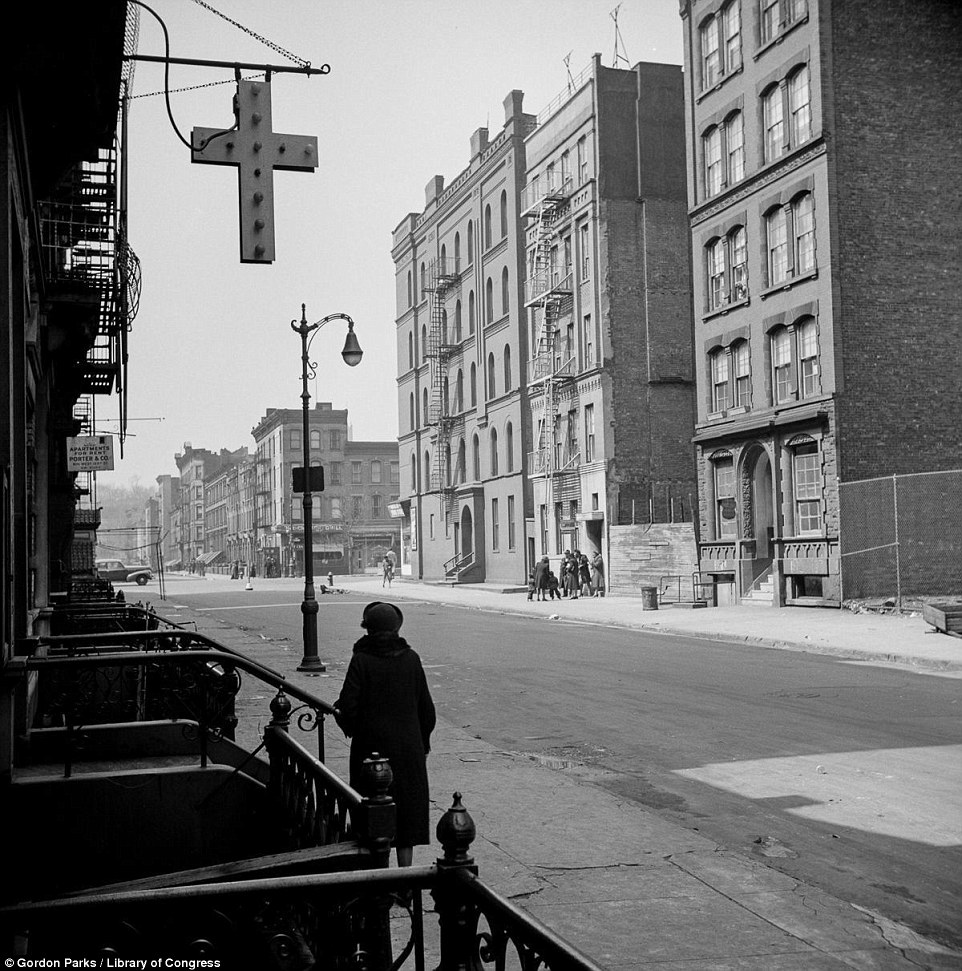 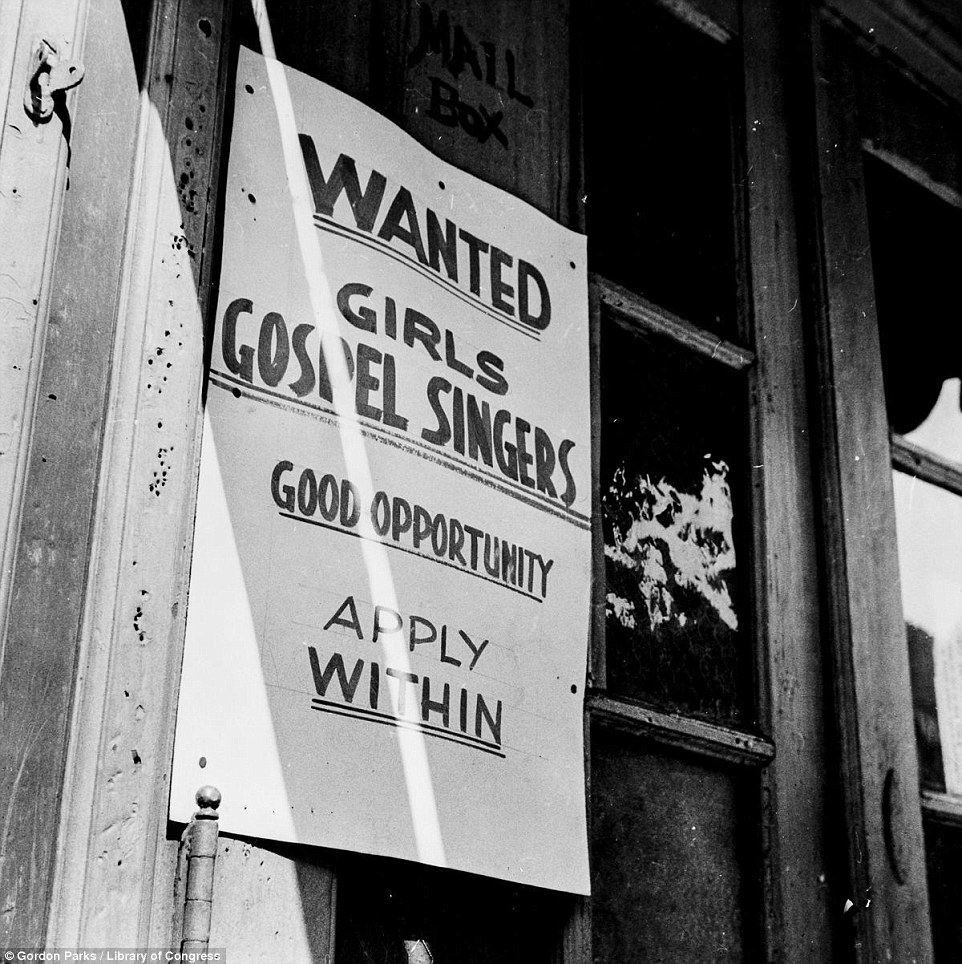