To me, photography has been a challenge; to produce images that are meaningful but not dogmatic, to be artistic but not arty. It has served me as a vehicle to pay tribute to other arts: to photograph the sculpture of Africa and the temples of Egypt and India. It has also permitted me to experiment with color, a method developed principally in my own time, and to participate in its liberation from crass quasi-reality. Finally, photography has enriched my life. It has enabled me to travel … to almost every corner of the globe, using my camera as a magic carpet to see and study the meaning and beauty of civilizations and environments besides my own.

Eliot Elisofon
Popular Photography, 1962
Photographer, artist, art collector, author, and filmmaker Eliot Elisofon was born Meyer Eliot Elicofon, the son of immigrants Sarah and Samuel Elicofon, in New York City on April 17, 1911. As a teenager, he became interested in both photography and painting. Elisofon graduated from DeWitt Clinton High School in 1929, and at that time he dropped his first name and changed the spelling of his surname. For the next few years he worked at the New York State Workmen’s Compensation Bureau while attending Fordham University at night, ultimately receiving a B.S. in 1933. Meanwhile, he continued to pursue his interest in photography, and in 1935 Elisofon, Marty Bauman, and Al Weiner opened a commercial photography studio, August and Company. As a commercial photographer, Elisofon expanded from product advertising photoraphs to fashion photography assignments for magazines such as Mademoiselle and Vogue. He was a member of the Photo League, serving as its president for a time, and he developed a strong interest in photography as social documentary. Elisofon’s photographs documenting New York street scenes were exhibited in 1937 at the Pennsylvania Museum of Art in Philadelphia and at the Julian Levy Gallery in New York. In 1938, his work was exhibited at the East River Gallery and at the New School for Social Research, where he worked as an instructor.
After showing his portfolio to LIFE magazine in 1937, Elisofon began receiving assignments from that magazine and others and decided to devote his career to photojournalism. He left the studio in 1938 to work as a freelance magazine photographer, producing mainly travel and glamour photographs which were published in such magazines as Fortune and Scribner’s, as well as Mademoiselle, Vogue, and Glamour. For LIFE, he also produced photographic essays on a variety of subjects, ranging from military exercises to refugees to coal miners, from actresses and plays to social clubs. Elisofon also worked as a staff photographer for the Museum of Modern Art in 1939 and became skilled at photographing works of art.
Elisofon joined the LIFE staff in 1942 as a war photographer-correspondent, and during the remainder of World War II he traveled to the North African front, to Sweden and Finland, and to Hawaii and Wake Island. In the post-war years, he began working on geographical photo essays in the United States and around the world. He eventually developed a special interest in Africa and became a collector of African art and an expert in that area. As a member of the Peabody Museum of Salem’s 1956 expedition to the South Pacific, led by William A. Robinson, Elisofon photographed the voyage and collected artifacts from the South Sea Islands as the expedition traced the Polynesian migration route. He was appointed a Research Fellow in Primitive Art at Harvard University in 1958, and he was a member of the Harvard Peabody Museum’s 1961 expedition to film tribal life in New Guinea.
Elisofon remained a staff photographer for LIFE from 1942 to 1964 and then, although he also pursued freelance and commercial work, he continued to work for LIFE on a contract basis until the magazine suspended publication at the end of 1972. During those three decades, Elisofon traveled more than a million miles on six continents, covering assignments on places, art, architecture, celebrities, food, and social subjects. He continued to do freelance work for Smithsonian Magazine, National Geographic, Horizon, and other magazines until his death in 1973. 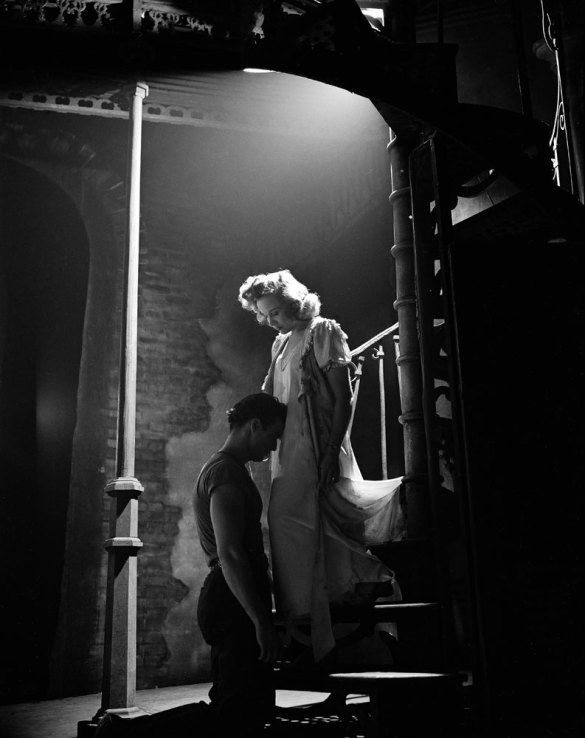